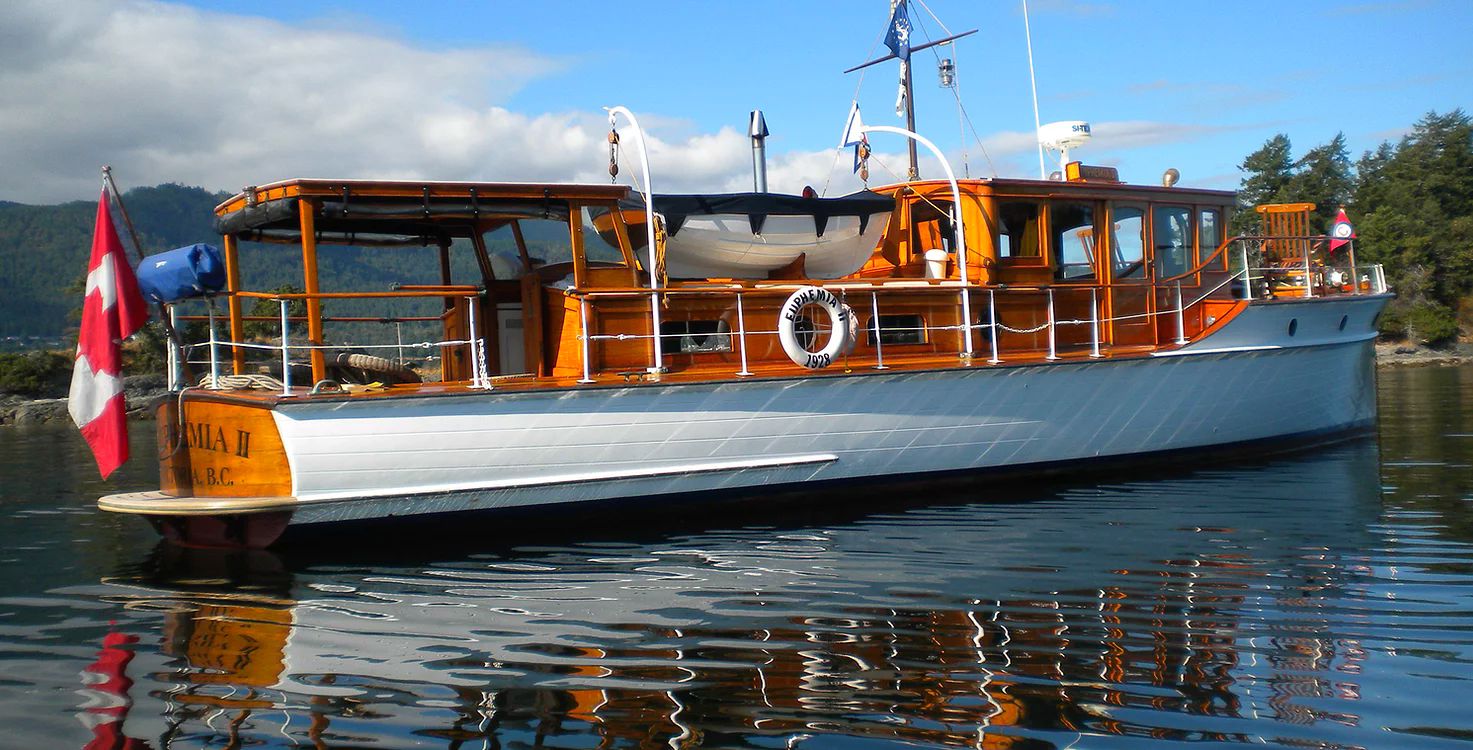 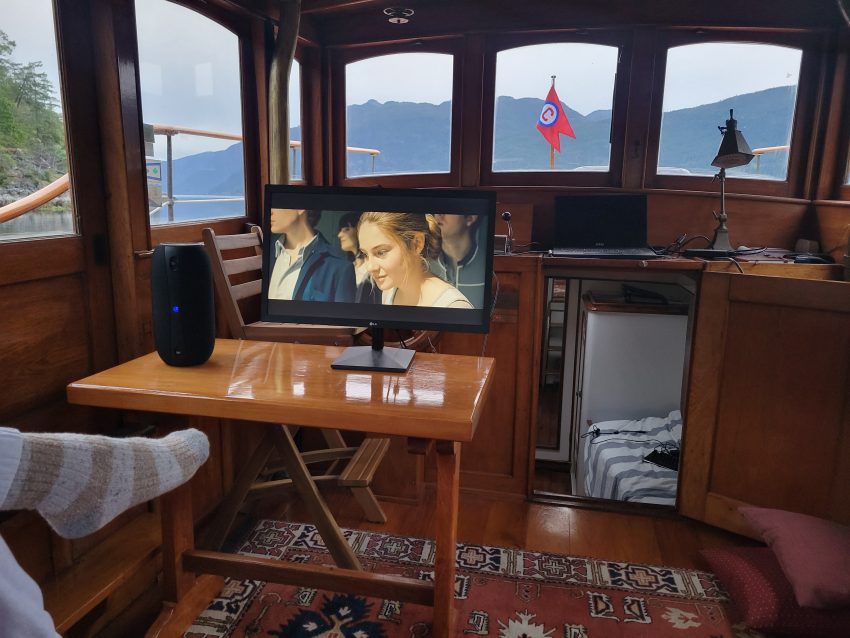 Maggie and I went for a night out on Euphemia II. The destination was either Storm Bay or Kunechin Point. We chose Kunechin Point as it was a bit closer – close enough that we would expect visitors for dinner.

I was testing out several things on the boat.

The stern ‘thruster’ worked very well. I was able to back out without having to use forward thrust to correct. I was also able to use the ‘thruster’ to spin the boat around within the marina (at end of fingers). Nice!

I dropped the anchor. This meant my first real use of the windlass. Worked well.

Launched the tender so I could set a stern anchor. This was a bit of drama. The ropes used for launching it are at least 2′ too short. The stern and bow lines on the tender are also much too short. The most significant issue was that the boat was dry which caused it to leak – a lot. I do not want a tender which has to be pre-soaked before use. So this will have to be addressed.

It rained a lot overnight and this provided a test for the new wheel house canvas. Not a sign of a leak. Success!

Friends visited for dinner – with Valerie along. Tried dining for 6 in the cockpit using the large table and the lazarettes for seating. The cockpit is a bit too wide for 2 people to eat comfortably so I will use two folding chairs as well and it will be perfect.

Fired up the Force 10 BBQ for a try. It worked but could be better. I may have to replace the heat plate (probable) as it is rusted or buy a new BBQ (not likely).

Friends (and Valerie) left us just before dark. Maggie cleaned up. We watched a movie (thanks to Telus improved signal) before heading to bed (around 22:30).

We had cereal for breakfast and then played cards. The rain stopped around 11:00 so I pulled anchors and we headed home.