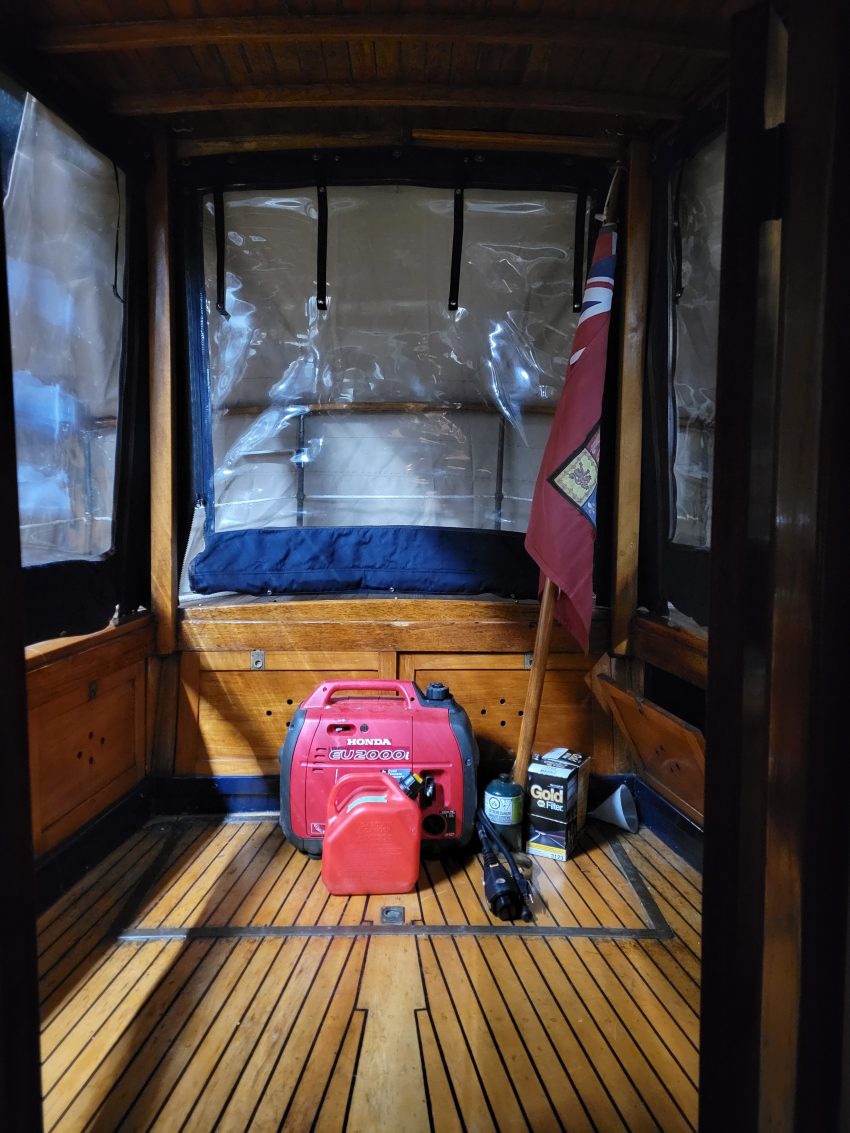 I found that the Fuel Transfer Pump (which moves fuel from the main tanks to the stove tank) was not working because of a blown fuse. I put a 1 amp fuse in there as a guess. I switched this to 5 amp and it works fine.

I installed the Gear Oil Pressure sensor and some of the wiring but I did not add it to the engine wiring harness. I got a start on this today. It was made a bit more time consuming than planned as I have to deal with a 3rd wire for this sensor. In this case; its the green. So I have run a green/red/black wire in the engine wire harness and added a green wire from there to the SeaGauge. I still have to make the rest of the connections.

Added some fuel treatment to keep the ‘bugs’ out of the fuel. I would normally use SeaFoam but giving this ‘a go’.

I found two fuel valves in each tank. It looks like 1/2 is for providing fuel to the engine and 2/2 is for connecting tanks (with fuel transfer pump in the middle). All 4 are open so not sure why tanks may not be equalizing. Needs more investigation.

Meanwhile; I found a fuel connection weeping some fuel. I tried tightening the fitting a bit but no luck. I do not want to take this more seriously right now so I will use some special tape on it.

Dropped the canvas (around the cockpit). It is in great shape but I could not snap it all down. Perhaps it shrunk? I decided to just let hang and see if it loosens up a bit.