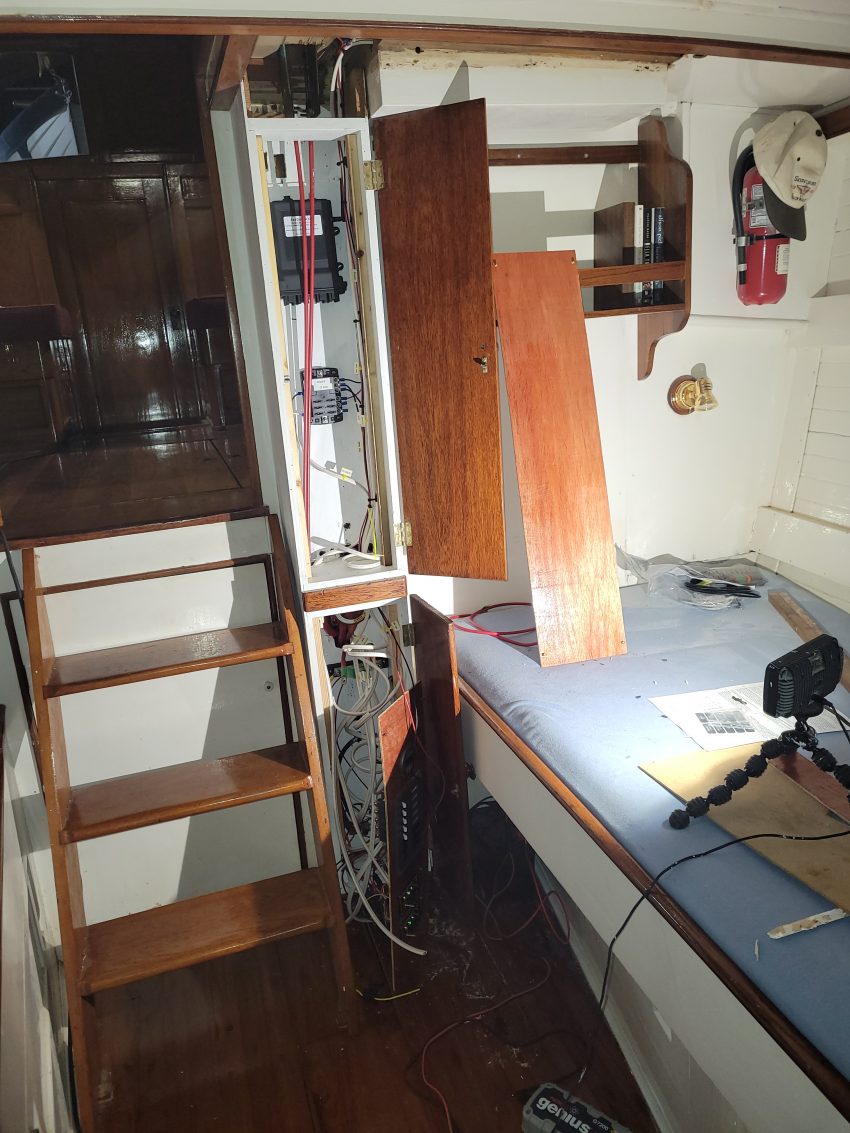 I spent some more time, on my back, in the engine compartment. It was a final opportunity to use the space left empty when I removed the old house batteries.

I wired in the ‘MID D-Box’ and the ‘ENG D-Box’. These two are under used. I could have installed two 4-gang but I had a 6 and an 8 and so that is what got installed. I no longer need the extra space in the engine compartment – so the new house batteries will get dropped in when help comes (its best done with 2 people).

I ran wire for the VHF and the chart plotter (the breaker box to the lower dash). I can now replace the panel and trim in the forward cabin ceiling (under the lower dash).

So my focus now turns back to the breaker box which has much more wire to sort. It should have everything needed now so its a matter of connecting to breakers.

The current plan is to be able to start the engine again… on the 15th. The boat will likely go out on any good weather day after that for a ‘run’ – perhaps an over-nighter.